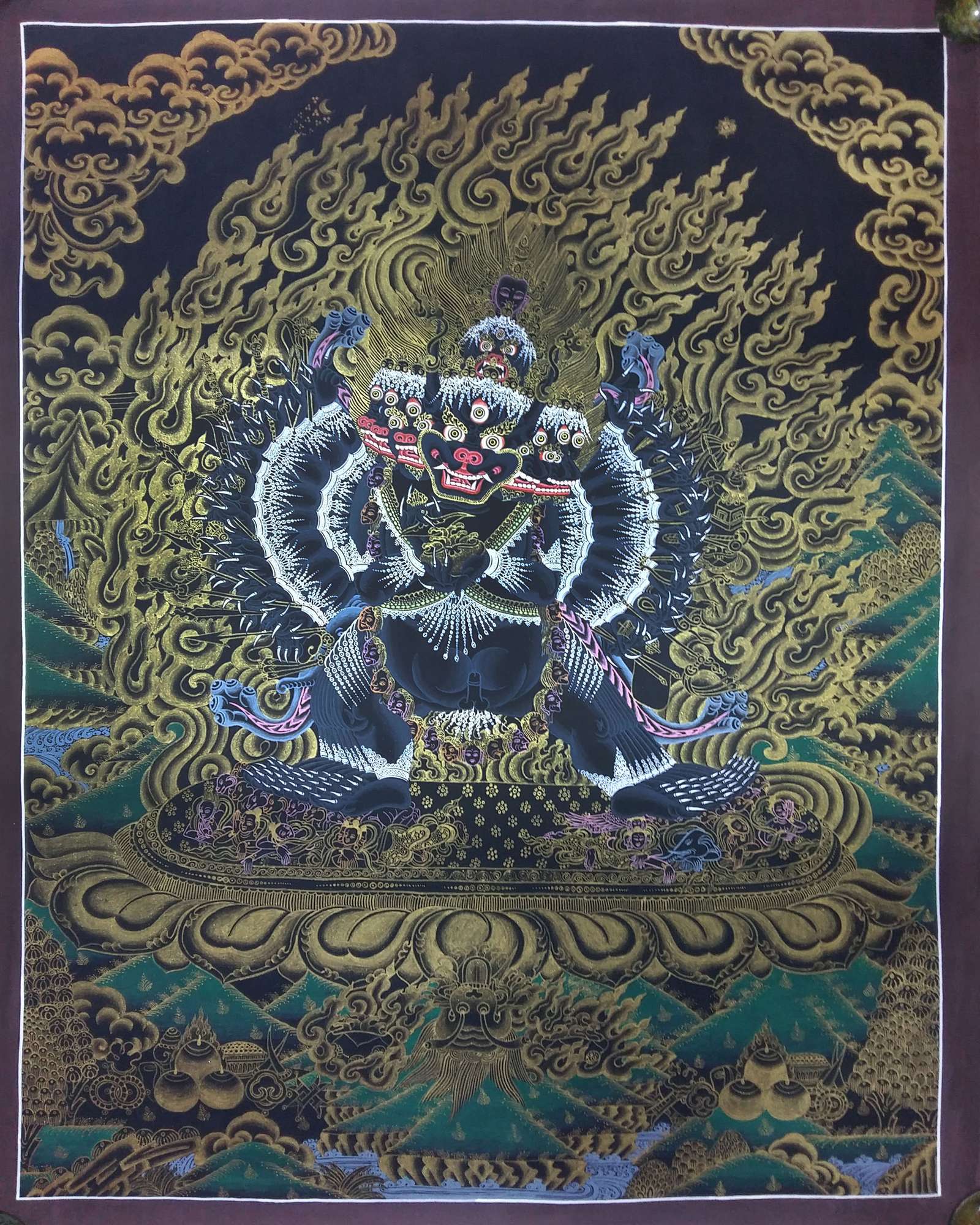 Yamantaka is the god of death. Yamantaka is also called Vajrabhairava, is one of the eight Dharmapalas, or Dharma Protectors.

Yamantaka is the god of death. Yamantaka is also called Vajrabhairava, is one of the eight Dharmapalas, or Dharma Protectors, who are sworn to defend the Buddha’s teachings for all time.

He is a buffalo-headed meditational deity of manifestation of the Bodhisattva Manjushri, a deity of Highest Yoga Tantra. and a dharma protector.

Vajrabhairava is one of the principal three meditational deities of the Gelug school. He is also one of the main yidams in the Sakya school where he comes in a variety of appearances.

In both schools, Vajrabhairava is seen as the wrathful manifestation of Manjushri, the Buddha of wisdom.

It is said that in the form of Yamantaka, Manjushri defeated the demon king Yama, the Lord of Death.

Yamantaka symbolizes the victory of wisdom over death through the direct realization of the ultimate nature of reality.

Yama represents the end of one cycle & the beginning of another. The deity Yama is wrathful to try to encourage you not to return to a previous cycle or habit.

He is there to help you break the cyclical nature of existence Samsara so that you can access the higher realm of human consciousness.

He is fed up with the attachment of mankind to the Five negative afflictions if pushed he has the authority to send you at your physical death to a place of ice & fire.