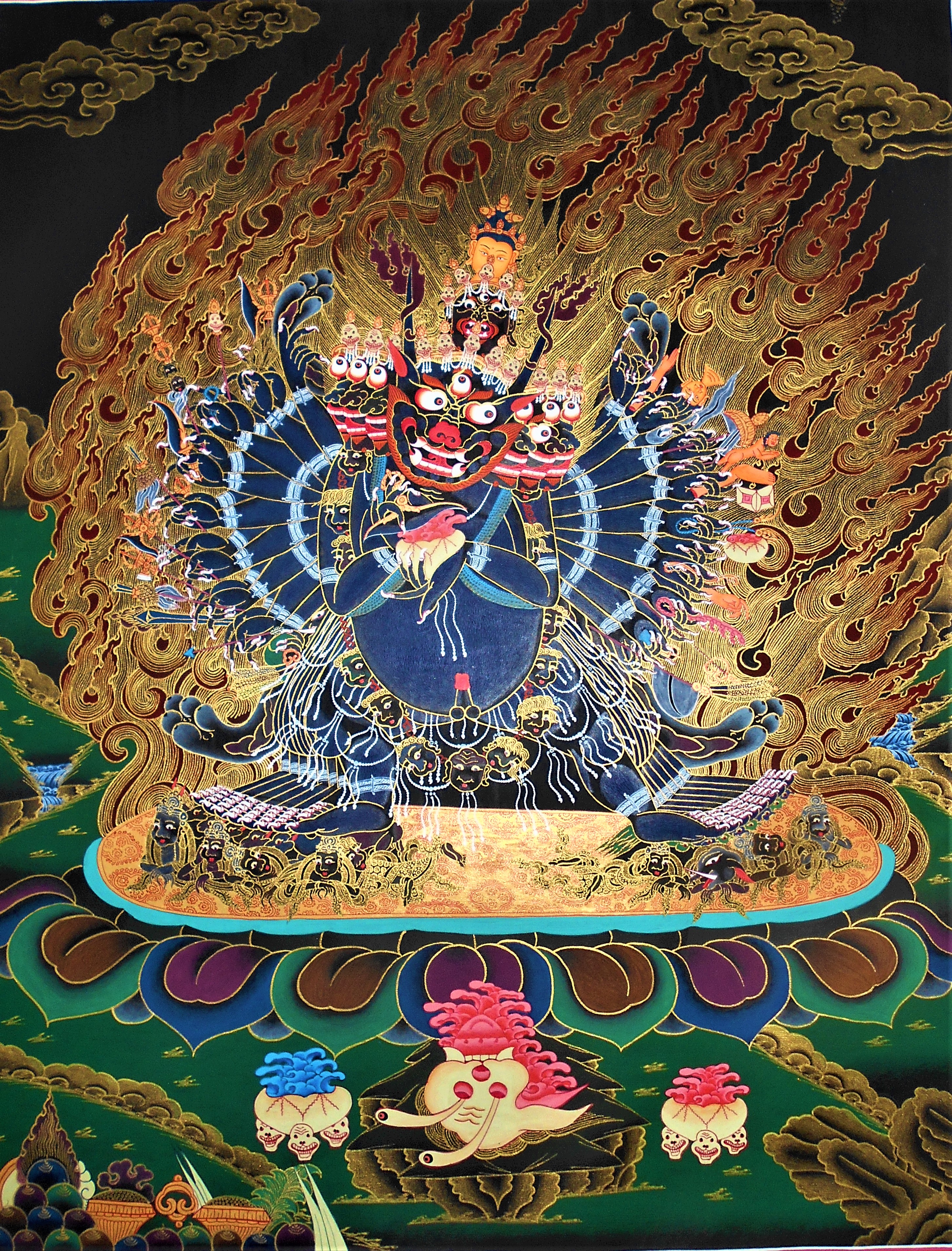 The Lord of Death Yamantaka

In his name, Yamantaka, contains the name “Yama”, the Lord of Death although when combined with “antaka” it actually means the “Destroyer of Death”.

In his name, Yamantaka, contains the name “Yama”, the Lord of Death although when combined with “antaka” it actually means the “Destroyer of Death”.

He is visualized in an underworld, a charnel ground filled with demons, spirits, cannibals but all of whom he brings under his power.

He is the “horned” god, and many Westerners see the resemblance to Satan’s horns although they are more akin to the Greek Minotaur or the nature god Kernunos, or Pan.
He is brimming with invulnerable life-force, symbolized through his potently erect penis. His “shock and awe” imagery is meant to convey unshakable power that cannot be resisted.
He has many arms, legs, and faces (depending on which form), his arms holding many weapons, ripe with symbolism.
He stamps on bodies not as a killer, but as a force that brings all things under his control. He is surrounded by flames but not hell-flames; these are the flames of wisdom for he is none other than the Buddha of Wisdom, Manjushri, in his wrathful form.